As people age, their body goes through a series of natural and normal changes. The way your body ages greatly depends on your family’s genetic aging patterns. Since the beginning of time, most people have considered hearing loss as a typical part of the aging process with no significant cause for alarm. While hearing loss affects more than 48 million Americans, some of the newest research has made clear connections between dementia and hearing loss. The following information explains a few of the most prevalent studies and why you should be concerned.

Is There a Link Between Dementia and Hearing Loss?

One 2013 study conducted by John Hopkins was designed to look at the effects of hearing loss on older individuals. The study involved approximately 2,000 women and men aged between 75 and 84. Over six years, the facilitators of the study tracked the overall cognitive abilities of the participants, which included planning skills, memory, and concentration. After the six years elapsed, the patients who started with study with hearing loss that interfered with their ability to have conversations were 24% more likely to experienced diminished cognitive abilities in comparison to people with normal hearing. The researchers involved in this study developed the theory that hearing loss appeared to actually increase or accelerate age-related cognitive decline.

Another study conducted in 2011 involved 639 older adults who were mentally sharp when the study began. The researchers tested the mental abilities of the volunteers on a regular basis for for an approximately 12 years up to 18 years. This study revealed those with hearing loss in the start of the study had a higher likelihood of developing dementia than individuals with normal hearing. The study also revealed the more serious the hearing loss, the more likely the individual was discovered to develop dementia. Participants suffering from mild, moderate, and severe hearing loss were up to five times more probable to develop dementia than people with regular hearing.

A third study conducted by Dr. Frank Lin and his colleagues connected accelerated levels of brain atrophy in participants with hearing loss. In addition to making this connection, the study also revealed hearing loss to bad moods, depression, and deep episodes of stress. These incidents led to increased risk of falls and increased the risk of the hospital visits. This research has been supported several other studies.

The assistant professor of head and neck surgery at University of Utah Health Care, Dr. Richard Gurgel, studied over 4,400 women and men over the age of 65. This study revealed those with hearing loss at the start of the study did develop dementia earlier and at higher rates than people who didn’t have any hearing loss. Dr. Gurgel explained about Lin’s work, “His research has been fantastic. It’s energized our field and brought the issue to the forefront. He’s been a real pioneer in this area.”

There are three primary theories associating dementia and hearing loss.

According to the National Institute on Deafness and Other Communication Disorders, approximately 25% of people between the ages of 65 and 74 and 50% of those 75 and older suffer from a disabling hearing loss. A staggering 26 million Americans between the age of 20 and 69 suffer from high-frequency hearing loss because of exposure to noise. Although several people in the United States could enjoy several benefits from using a hearing aid, very few people actually use them. For people 70 years and older suffering from a hearing loss, less than 30% or one in three actually use them. When it comes to adults between 20 and 69 who would benefit from hearing aids, only 16% of this age group. 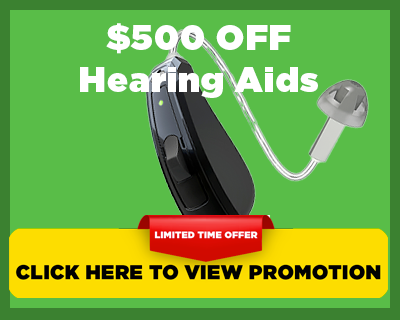